«A Little Bit of Something» – This Is Art» 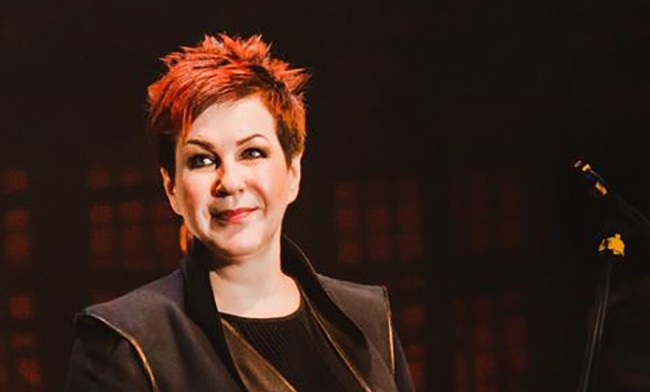 The second conversation of the Kyiv Daily with Tetiana Kalinichenko, a conductor of the New Era Orchestra – about the Baroque Twist concert, which concluded the Bouquet Kyiv Stage Festival, a concert about a night trip in nasty weather.

Why is the actualization of Vivaldi important today? You are transforming him into a contemporary composer.

– He, actually, IS a contemporary composer. Recently we were reflecting on the concept of the album (it contains other pieces, besides Vivaldi, as well, but a lot of its content is connected with Vivaldi), and were working with the slogan “Vivaldi – Back to the Future”. This music is almost 300 years old, – and, yet, it is incredibly up-to-date. In a way, it is a lot more contemporary than the music, which is created nowadays. It is my point of view, and it is very partial, but this is the way I feel about it.

How did it happen that you chose Max Richter’s score?

– I had my eye on this piece when it was just composed, maybe in 2012 or 2013. Max Richter made several versions of it, including the one with the electronics. I think that at present it is the best version of “The Four Seasons”. There is an original version composed by Vivaldi, and there is Max Richter’s one, and “Recomposed” by Richter is by no means inferior to the original. I think that if Vivaldi could have shaken Max Richter’s hand he most certainly would have done it. In fact, there are billions of “The Four Seasons” arrangements for all sorts of combinations of instruments, but Richter’s version remains distinct, it is very popular, and it is performed a lot across the globe. And it is easy to understand, why this composition is really a brilliant one.

You become totally euphoric during the performance, and the score has a lot of unexpected turns. Richter changes the original score a little bit, everything sounds similar, but in way which is slightly different compared with the one everyone is used to. Max Richter has expressed his vision of Vivaldi very accurately and with great respect to the original. Thanks to him, an unexpected facet of this composition became apparent to everyone – this is how Vivaldi might sound today. It does not mean that the original Vivaldi’s “The Four Seasons” is worse. It just so happens that both Vivaldi and Richter created masterpieces.

It is the first point.

Now, the second one: “What is the purpose of Vivaldi’s actualization today?” There are such commonly known formulas: Bach is the first jazzman, a real jazz musician, Bach’s music is a jazz improvisation, while Vivaldi is a real rock star, a rock musician, his music is many years old, but he still takes the lead.

Some of the rock musicians would probably ache to make their music have similar impact on the audience as Vivaldi does, but not all of them succeed in it.

When you perform some of Vivaldi’s compositions, you understand that this is rock music in its pure form, naturally, with baroque stylistics, and it has powerful energy.

How did you meet a superstar Maurice Steger?

– I have been searching for a while. I am a persevering and single-minded person. As soon as I heard about him from our common friend, when I saw Maurice’s first video, I fell in love with him.

Was it difficult to bring him to the festival?

– If you do something very well – it is definitely difficult. But if you like it – you have a huge inner compensation (smiles). It just happens sometimes that you feel everything helps you; everything works toward an excellent result. Everything works out.

Looking at Steger during the concert one could say that he was enjoying himself immensely.

– This is exactly what he wrote in his comment. He is fantastic. Besides, he is a super musician, an educator, a lector.

He knows how to tell about music in such a way that the impression of his divine performance only intensifies.

And how did he work with the musicians?

It was an excellent ensemble performance, a genuine dialogue.

Why would anyone learn to play the recorder when there is a transverse flute?

– Baroque music was written specifically for this instrument, it will sound differently when played on the modern flute. The recorder used to be superior to the violin in those days. It was a lead instrument like the violin is nowadays.

In the Renaissance and Baroque times, the recorder was one of the most widespread instruments; professional and amateur musicians alike played it: the nobility of those times considered a skill of playing the recorder good taste. Besides, this instrument was associated with sensual love, and one of the treatises of that time contained a recommendation that it should not be played at concerts in the presence of women, “as God knows what it may lead to…” It was a lot later that the violin occupied the niche which we are now accustomed to.

From the artistic standpoint Steger can make the recorder sound in a way that you no longer understand what instrument is being played. There is a recorder and there is Maurice. And together they make a specific sort of instrument, not yet known to the public. His whole organism is in resonance with the instrument.

What does the performance of early music give to contemporary musicians who have been brought up in a different tradition?

– Essential changes have taken place in Ukraine in the last twenty years, early music has become an object of professional studies, plus, leading Ukrainian baroque musicians, pupils of the reputable world experts in this field: Kirill Sharapov, Viktor Rekalo, Olga Shadrina-Lychak, – work in my orchestra. They understand well enough how this music should be played. In fact, our rehearsals were also in-orchestra master-classes, for me as well.

If you have a look at the baroque sheet music – it looks utterly simple. Yet, this simplicity is a spurious one – and, actually, one has to work a lot to master it. Never should a subsequent musical phrase repeat the previous one, each time everything is supposed to sound a little bit differently.

This “a little bit” – is real art. This music contains a lot of things which have never been written or pronounced in sheet music. The key issue is the ability to understand what can be done with this fact. In some respect this surpasses some of the most complicated contemporary scores. Simple music, simple structure – theoretically, it could be learned in half an hour. But, in reality, having done this you won’t be the same any more, you will start thinking differently, and it will influence everything you do ever since.

What is your impression of the Baroque Twist concert, how do you assess it? What did you like about it? Or did not like? What was difficult?

– Pleasant things concerned – I am very grateful to the Embassy of Switzerland in Ukraine for their contribution to the organization of the concert. I am extremely thankful to all the team of the Bouquet Kyiv Stage Festival and Yevhenii Utkin for their help and support.

As for difficulties – unfortunately, we didn’t manage to come to terms with weather (smiles). We understood that it would be nasty as we had a forecast, but no one expected it to be such a disaster.

It was more than just rain.

– Yes, we all noticed that it was more than just rain. The night before the concert, after the rehearsal we had a talk with Maurice and he showed me the iPhone screen: “Tania, have a look! What are we up to if the weather is going to be like this?” I told him: “Maurice, here is the thing. There’s no plan B, just plan A. If the weather is like what they say on the phone … It’s the first time you have been in Ukraine, haven’t you? There is an old Ukrainian tradition: if a couple is getting married in rainy weather, everything is going to be not just good, it is going to be perfect».

But in the moment when everything was happening, – and it was not just raining, – it was very difficult to think of rain as a good sign. We were bombarded with twigs. And it was not just drizzling, there was a wall of rainfall, and it flooded everything on the stage. The organizers were doing their best, they fetched rugs and raincoats, covered the instruments – but it didn’t help much, it was a miniature Flood.

And that situation – a stressful and unexpected one — worked in the opposite way – we all became united. No one told me: “I’m cold! My feet and my score are wet. I won’t play”. We pulled together and decided to play the second part of the concert. The whole thing produced a great impression on Maurice; he saw how everything was being decided in a matter of minutes. He felt euphoric: “Yes, let’s play. I’m in.” It was a super quest.

Well, and – we were at a holy site, in fact, St. Sophia, with its millennial history – it looks like this place has a direct communication with heavens. It works this way, I guess.

Vivaldi and Telemann, and Handel might have been watching us from the storm clouds and listening to music. I guess that after the concert (if they are allowed to do it in Heaven) they must have had a drink.

This concert was a tribute to them.

And after the downpour it became ultimately clear why the concert was entitled “Twist”.

– The Baroque with some “…Wow!” – and it worked – exactly like I expressed it.  Though, even more than I had expected.

The first part was amazing: it was very comfortable to play, the sound was fantastic and the technical support was superior. The pleasure was enormous!

And then the storm came into the picture.

– Journalists often ask me whether I have had such stories, unusual situations of which I would like to tell everyone. Now I will be telling them our story of rain and the Baroque Twist.

And Maurice now has this story as well, he lived it together with us. He wrote a beautiful comment on the concert, and there is a cool phrase “… Vivaldi’s “La Notte” literally came true yesterday in Kyiv. I am thankful for this sensational experience”.

“La Notte” is a composition about a walk in Venice in bad weather (rain, wind, a hurricane). Vivaldi wrote it almost 300 years ago. It so happens that a lot of time had passed and on that day it sounded exactly the way the author had contrived it.

As a result, there was a 3D concert.

Will you play tranquil chamber music in good weather?

— I will consider this. 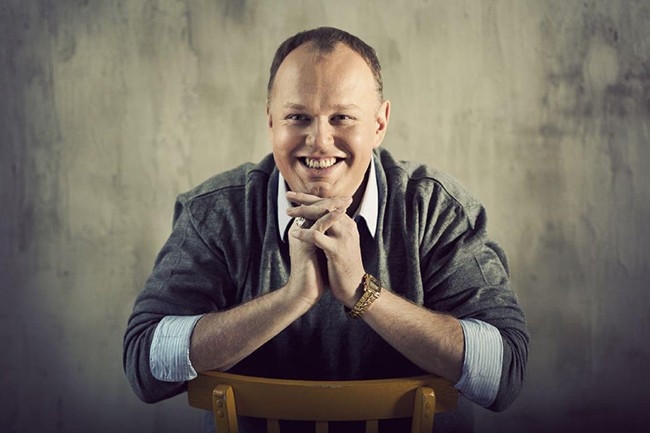 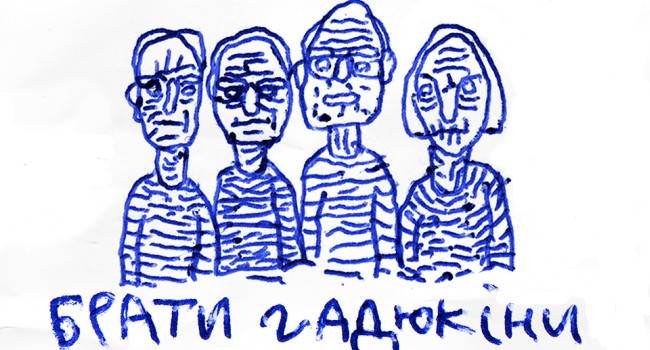 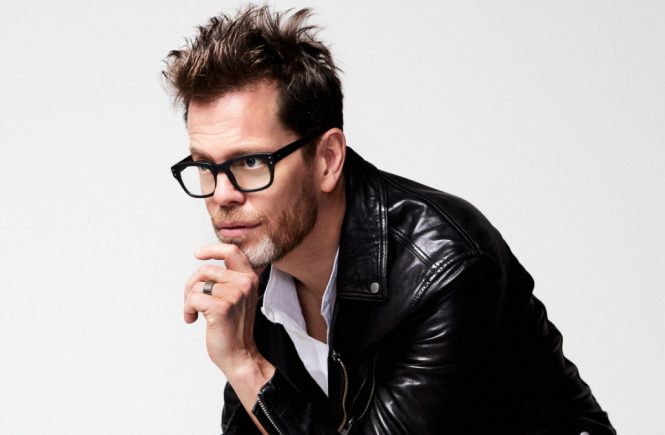